Dr. Fauci predicted on Sunday (Dec. 19) that the U.S. will soon see record numbers of COVID-19 cases, hospitalizations and deaths as the Omicron variant spreads.

“Do you expect new record high numbers for cases? And what about hospitalizations and deaths?” CNN’s Jake Tapper asked.

“Yes, well, unfortunately, Jake, I think that that is going to happen,” Fauci said. “We are going to see a significant stress in some regions of the country on the hospital system, particularly in those areas where you have a low level of vaccination, which is one of the reasons why we continue to stress the importance of getting those unvaccinated people vaccinated.”

“It is going to be tough. We can’t walk away from that, Jake. We can’t because with Omicron that we’re dealing with, it is going to be a tough few weeks to months as we get deeper into the winter,” Fauci told Tapper.

National Institutes of Health (NIH) Director Dr. Francis Collins, who is retiring this weekend, is extremely worried about the Omicron variant of SARS-CoV-2. According to Collins, if Americans don’t take COVID-19 seriously, the country could soon see 1 million daily infections. “We cannot afford to let down our guard,” he told NPR on Sunday (Dec. 19).

“I know people are tired of this,” he said. “I’m tired of it too, believe me. But the virus is not tired of us. It’s having a great old time changing its shape every couple of months, coming up with new variants and figuring out ways to be even more contagious.”

According to scientists’ most pessimistic projections, the U.S. could reach over a half-million average daily infections by the end of January—more than double last winter’s peak. The outgoing NIH director disagrees.

“Even if it has a somewhat lower risk of severity, we could be having a million cases a day if we’re not really attentive to all of those mitigation strategies,” he warned.

Collins said there are least 60 emergency response teams on standby to support health care systems in the event of a crush of infections.

“I expect those surge teams are going to be busy—already that’s been put in place in some instances because of delta—and I’m not going to be surprised if there’s even more of a demand in the next month or two.”

40% of COVID-19 Cases Actually Have No Symptoms, According to a New Chinese Study

Four in 10 COVID-19 cases are asymptomatic, a new study claims.

Researchers from China say a global study of almost 30 million people found “silent” cases of the virus are twice as prevalent than previous estimates.

The results show 40.5% of COVID-19 case are among people who show no symptoms at all. Rates rose among certain groups including pregnant women (54%), air and cruise travelers (53%), and care home residents or staff (48%).

Next month, the New York Senate could vote on a bill that would give the Governor of New York, his or her delegates—including but not limited to the heads of local health departments—the power to detain and remove healthy and unhealthy people from public life on an indefinite basis if they are suspected of presenting a “significant threat to public health.”

Additionally, the legislation would “require an individual who has been exposed to or infected by a contagious disease to complete an appropriate, prescribed course of treatment, preventive medication or vaccination.” In other words, it gives the government the authority to detain anyone exposed to COVID-19, and if they’re unvaccinated—vaccinate them.

There is no reference to what types of contagious diseases qualify.

The bill claims that no one will be held for more than 60 days—however, the language allows for the maximum detention time to be extended. After 60 days, the court is allowed an additional 90 days to consider the detention of a person, a cycle that can last indefinitely.

This appears to be a preemptive strike against anyone the New York health department believes could pose a threat to public health in the future, such as those refusing to receive COVID-19 vaccines. Read More

The NFL will stop mandating weekly SARS-CoV-2 tests for asymptomatic vaccinated players, according to memos distributed Saturday (Dec. 18) that described a major shift in the league’s approach to the pandemic.

NFL commissioner Roger Goodell said that “roughly two-thirds” of cases among NFL players and staff this week have been asymptomatic, while “most of the remaining individuals have only mild symptoms.”

The new protocols, which take effect next week, will increase opportunities for infected but otherwise healthy players to participate in games.

The changes come two days after the NFL eased its return-to-play protocol for players who test positive, one day after three games were postponed, and at the end of a week in which the virus sent over 100 players to the league’s reserve/COVID-19 list.

Over 1,600 Fully Vaccinated Students at Cornell University Have Tested Positive SARS-CoV-2 in the Last Week Read

Before You Inject Your Child – Dr. Robert Malone, The inventor of mRNA jab Watch

Dr. Geert Vanden Bossche Who Predicted The Omicron Warned of the Damage Being Done to the Immune Systems of The Vaccinated Read

Fauci: “We are still in the middle of a pandemic.”

Excess Deaths: Why Is the Media So Silent About This? – Dr. John Campbell

“Did a Famous Doctor’s COVID Shot Make His Cancer Worse?”: The Highwire Shares the Details

Event 2025: Catastrophic Contagion Simulation by Johns Hopkins, WHO and the Bill & Melinda Gates

Over 50? Then your Government wants you dead

EACH ONE OF THEM SHOULD BE SEATED IN THE ELECTRIC CHAIR FOR THE MAYOR CRIME AGAINST HUMANITY. THE USA ARM FORCES LABORATORY SHOULD BE LOOKING UNDER MICROSCOPE WHAT IS IN THIS VACINES THAT ARE CAUSEING SUDDENLY DEATH. I THOUGHT THAT WE WERE PROTECTED BY THE USA ARM FORCES BUT NOTHING IS BEING DONE. LA PEREGRINA 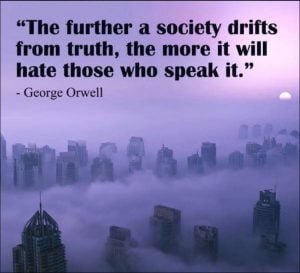